Grace Lutheran Church began as a preaching station during the days of World War II and became an official ministry of the LCMS in Winter Haven, FL, in 1948.  The first permanent Pastor, the Reverend Dr. August Bernthal was called in 1950. 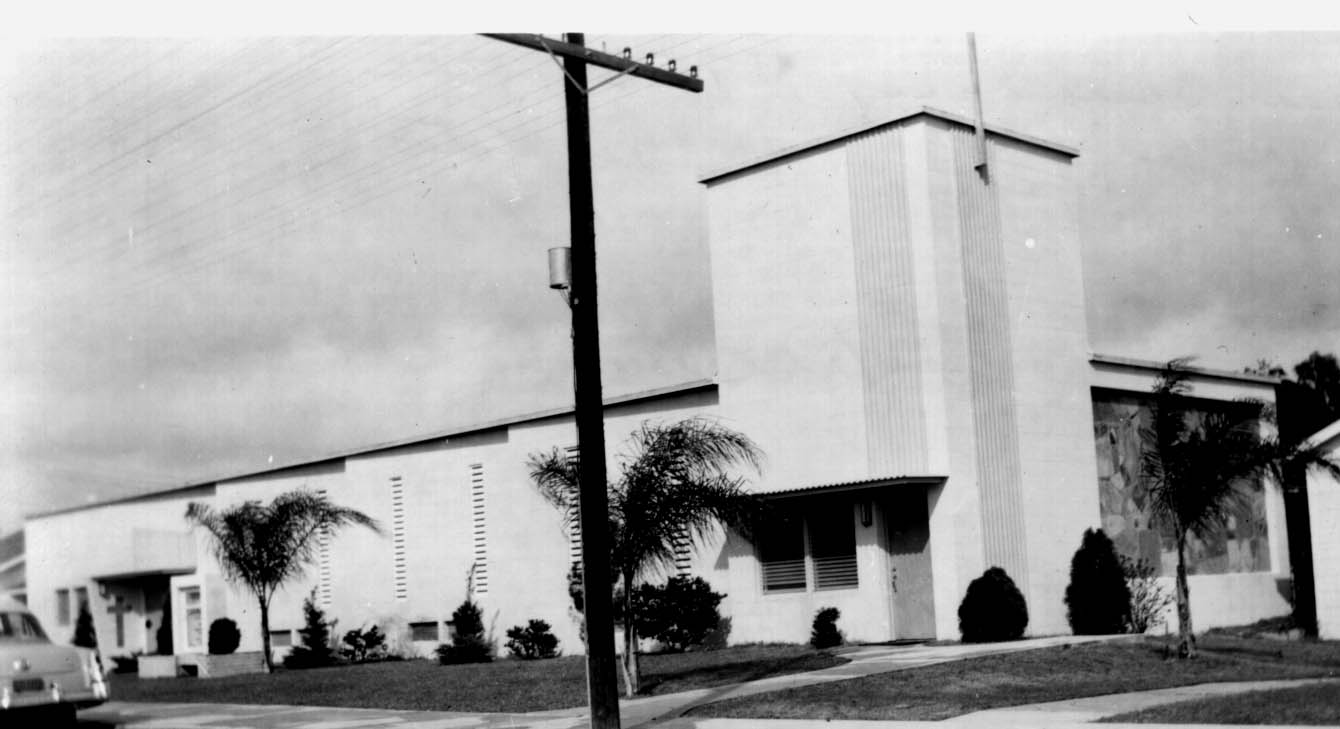 In 1952, ground was broken for the first church building, referred to as the Parish Hall (pictured to the left).  In 1955, the sanctuary was expanded to seat 450 people for worship.

In 1956 buildings were completed to house a parochial kindergarten.  This marked the beginning of Grace Lutheran School.

As the congregation grew, ground was broken for a new sanctuary in 1960.  In 1969, school construction began.  Since then, school facilities have expanded with a gymnasium and additional classrooms.  Today, the school and pre-school serve children from ages two through grade eight. 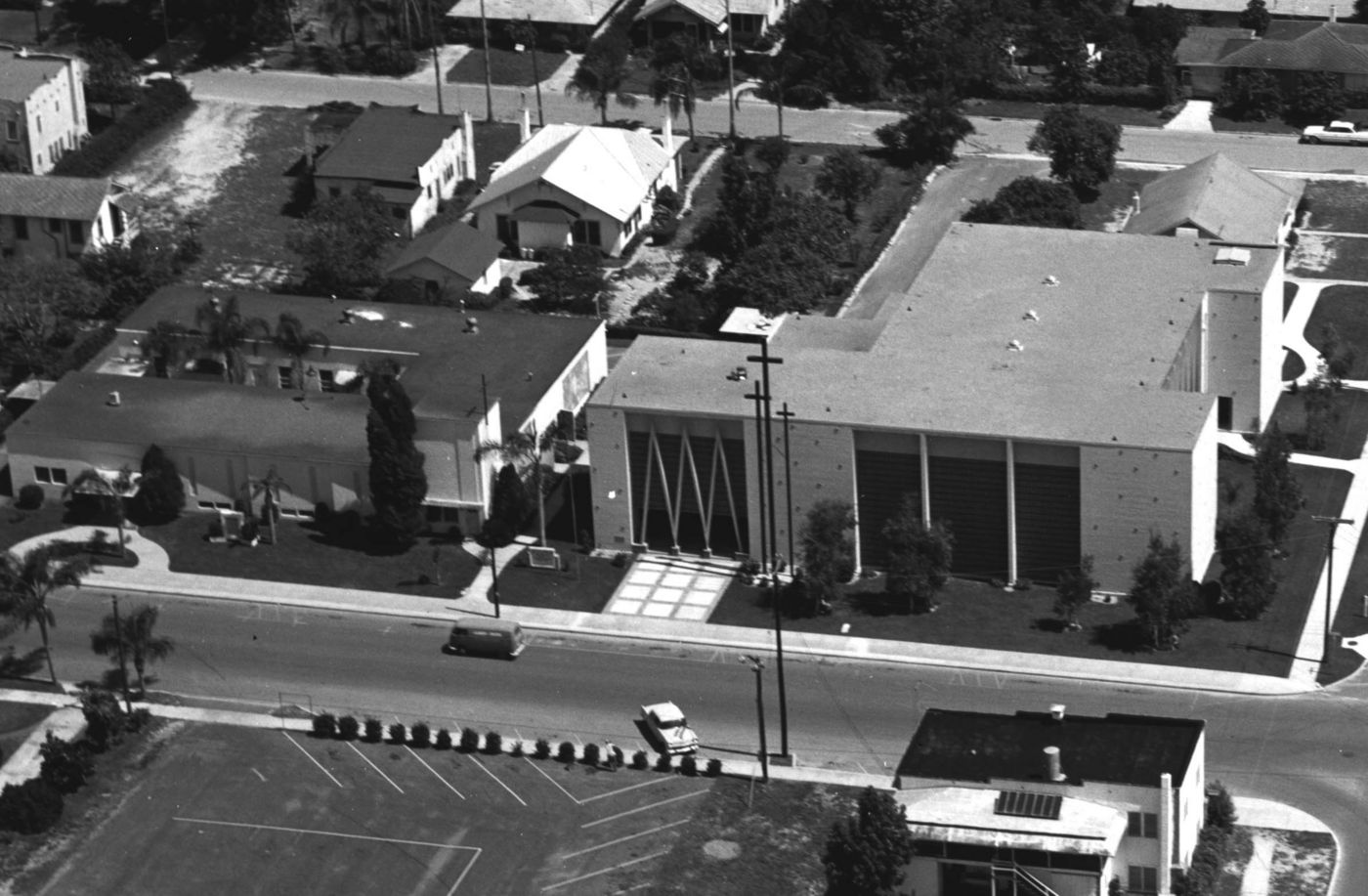 In the 1970’s, the sanctuary was enhanced with the addition of a Holloway pipe organ, and the installation of the beautiful stained glass windows that adorn the Nave, Chapel, Narthex, and Balcony.

In 1979, Grace partnered with Stephen Ministry, St. Louis, to train and equip lay ministers to walk alongside people experiencing grief, relationship challenges, and other life crises.  Since that time, Grace has trained over 180 Stephen Ministers and they, in turn, have helped over 800 hurting souls.

Grace has helped to establish other Lutheran congregations in Lake Wales, Bartow, and Sebring. 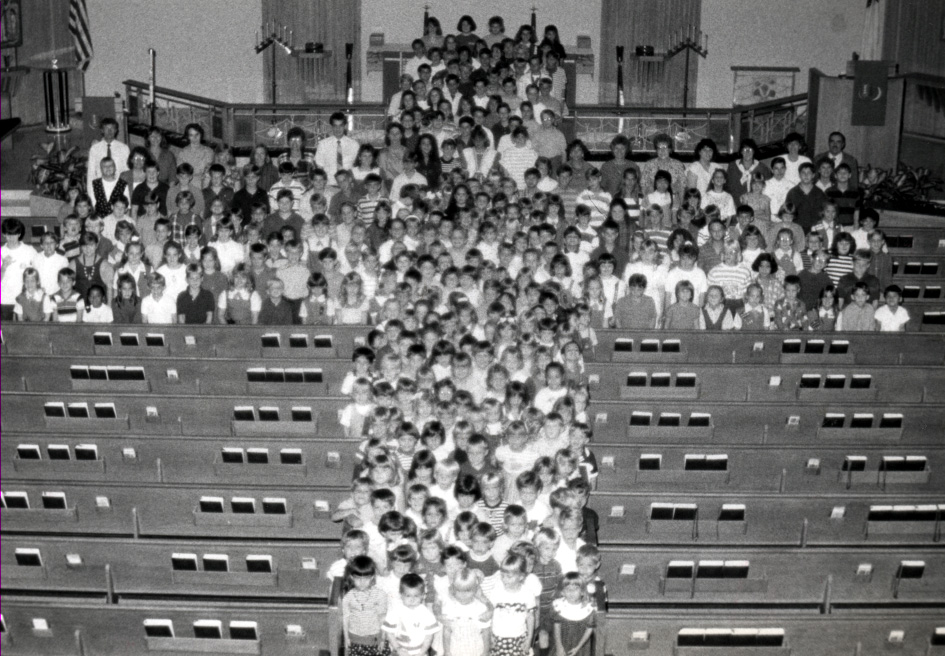 The 1980’s saw continued growth for Grace.  Office space, meeting rooms, a youth center, and a school library were added to the facilities.  These facilities became known as the Bernthal Center for Community and Ministry, and were dedicated in 1989. During this time, Grace served as a leading congregation in the resettlement of refugees from Viet Nam, Croatia, and Rwanda.

The most recent addition to Grace’s facilities occurred in the year 2000.  A new Early Childhood Center serving infants and preschool age children was opened on the grounds across the street from the church.

In 2006 Grace Lutheran Church resumed our vicarage program.  Each year Grace receives a third year seminary student who works with the pastors and staff for a year to gain experience in all aspects of parish life before returning to seminary for his final year at seminary. 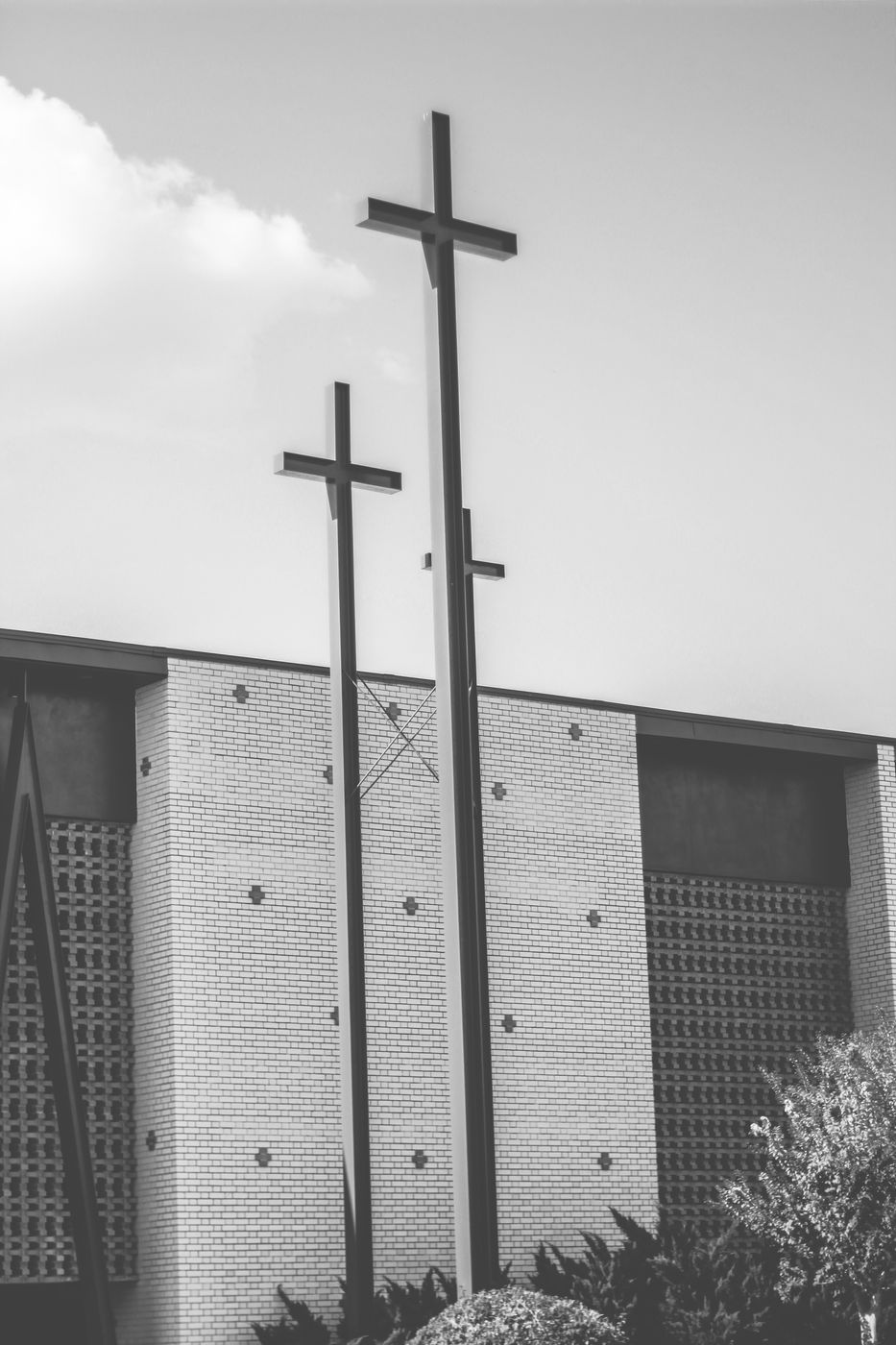 2007 brought the inception of a Contemporary Lutheran Worship Service to Grace-complete with Praise Band comprised of singers, guitars, drums, and keyboard.

Also in 2007, Grace Lutheran Church and St. Paul Lutheran Church in Lakeland began the Fine Arts School of Central Florida. This ministry is designed to provide opportunities for both students and adults to gain experience in a variety arts including vocal music, instrumental music, dance, art, and various crafts. Classes and lessons are taught on a variety of days and times at both of the church campuses.

2008 to present has been a transitional time for Grace with various ministries serving congregational needs. A concerted focus on taking the church outside our walls has been a major emphasis for the last 3 years and will continue to be a strong component of our ministry moving forward.

In 2014, Phase I of our Columbarium project was completed creating a beautiful addition to the outside Chapel wall; it houses 92 niches surrounded by colorful landscaping.

Technological advances are ongoing in both church and school.

At present, Grace is positioned for vibrant ministry for many years to come. Click on the Vision Statement tab for what we believe God has in mind for Grace in the future.

The Pastoral Staff of Grace Through the Years

The Vicars Who Have Served at Grace