Grace Lutheran Church is led by the Board of Directors, Board of Elders, and the Staff. 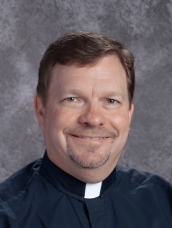 Pastor Charles Reich believes his personal mission is to help individuals be the person God has created each to be in Christ Jesus, and to lead a congregation of people in fulfilling the vision God has in mind for them. He first came to Grace in Winter Haven as an Associate Pastor in 2006 after having served as Pastor of a mission congregation in Gainesville, FL 1996-2006. In 2018 he was elected by the FL-GA District of the LCMS as a Regional Vice President.

He grew up in Sweetwater, TX and completed High School in Charlotte, N.C. He earned a B.A. in Communications at Concordia University Texas and a Masters of Divinity from the LCMS Seminary in St. Louis. In 1993, he married a fellow Texan, Karri, and they are blessed with two wonderful children; Anna currently away at college and Timothy in High School. He enjoys family, sports and all types of games. Prepare-Enrich Premarital Counseling ’96; Pastoral Leadership Institute ’04, Emergent Leadership Training ’14, certification for Lutheran Early Response Teams ’13 & ’19. 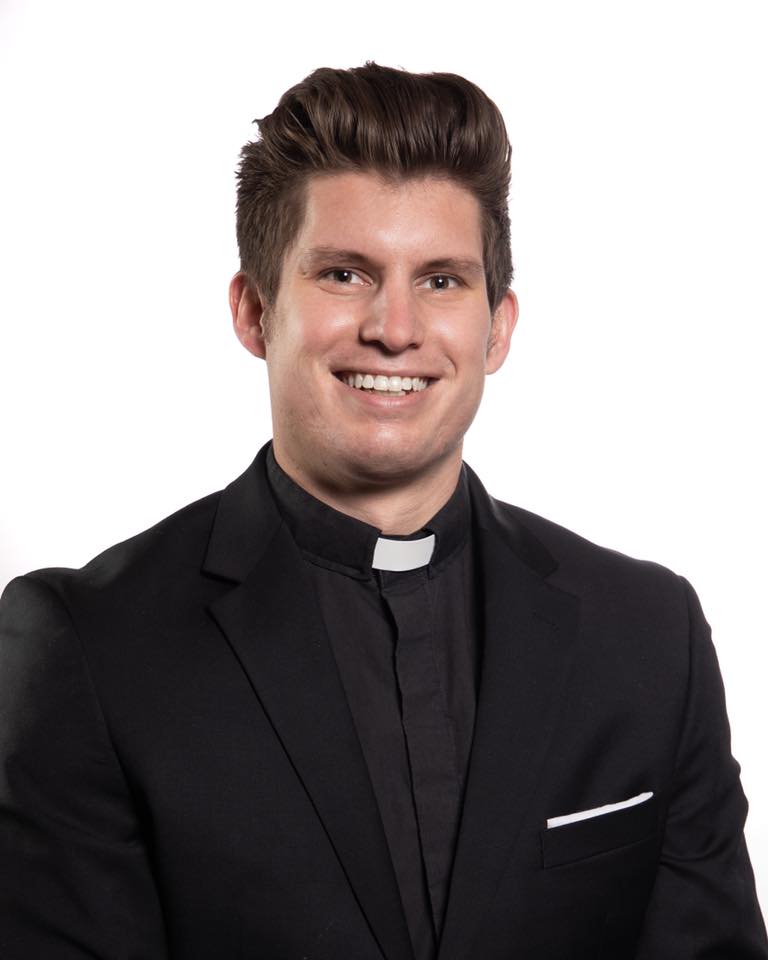 The Moore family has officially been transplanted by God from the Midwest into Central Florida! Brendon and Jordan were married in Wichita on September 3rd of 2016 and moved to St. Louis to attend Concordia Seminary the following year. Then in August of 2018, on the second-to-last day of summer Hebrew classes for Brendon, their daughter Lyla Rose was born (and on Brendon’s birthday!). Following their second year of classes in St. Louis the Moores were assigned to serve their year of vicarage at the wonderful, prestigious, most-fantastic Grace Lutheran Church in Winter Haven, Florida. At the end of an otherwise amazing vicarage experience on June 30, 2020, Brendon and Jordan’s second child, Lily Grace, was born directly into the arms of Jesus where she rests until Christ returns. Brendon graduated from Concordia Seminary in May of 2021 and accepted his Call to serve as Associate Pastor of the blessed Grace Lutheran Church in our lovely Winter Haven, Florida. With their newborn son and nearly three-year old daughter, Brendon and Jordan packed up their house in St. Louis and began the process of calling Winter Haven “home”.

The Moores are so excited to rejoin their Grace family in Winter Haven. After a great year of vicarage, we feel like we have a running start to join in the incredible work God has been doing through Grace. We can’t wait to rekindle old friendships, build new ones, and serve our Grace and Winter Haven community. 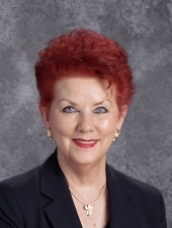 Sharon is from Indianapolis, Indiana, where she attended Indiana University, and worked at IU as Administrative Assistant to the Chair of Ophthalmology for 10 years. Sharon and her late husband, Dr. Fred Wilson, moved to Winter Haven in 1982. She became a member of Grace in 1987 and has served as Church Administrator since 2004. She has volunteered as a Stephen Minister since 1989 and has directed Stephen Ministry since 1998. 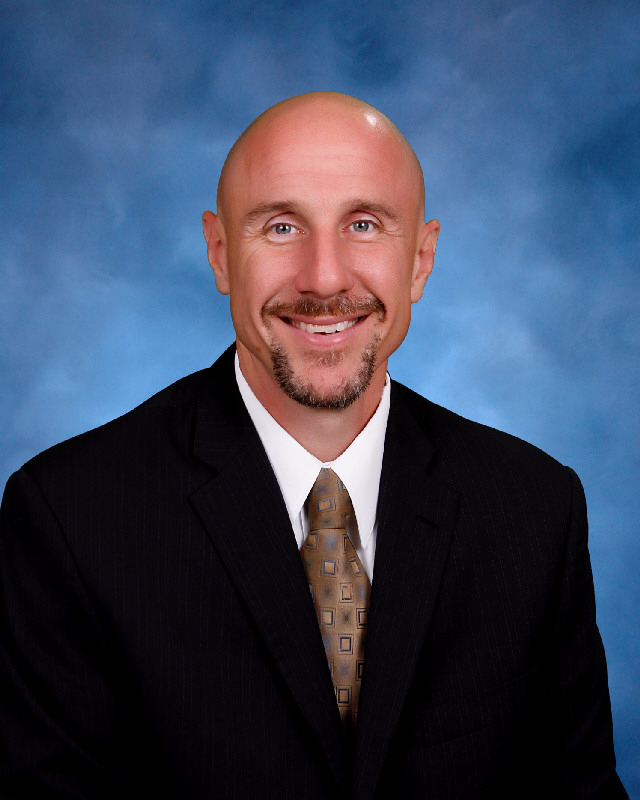 Michael Rottmann was born and raised in the Midwest with most of his time spent living in Illinois. He has twenty plus years of experience as a teacher and administrator in Preschool through 8th grade Lutheran schools in Wisconsin, Illinois and Florida. During such time he has also served as athletic director and coach. He was recognized in 2013 as the ELEA Elementary Principal of the Year as well as a National Distinguished Principal. He holds a Masters in Administration from Cardinal Stritch University, WI and Bachelors in Education from Concordia University, WI. He and his wife Lisa enjoy spending time with their children.  They also enjoy doing DIY projects, walking outdoors, and watching sports together.  Being from Illinois Michael is a Chicago sports fan who enjoys cheering on the Chicago Cubs, Bears, Blackhawks, and Bulls.

“Go therefore and make disciples of all nations, baptizing them in the name of the Father and of the Son and of the Holy Spirit.” Matthew 28:19. 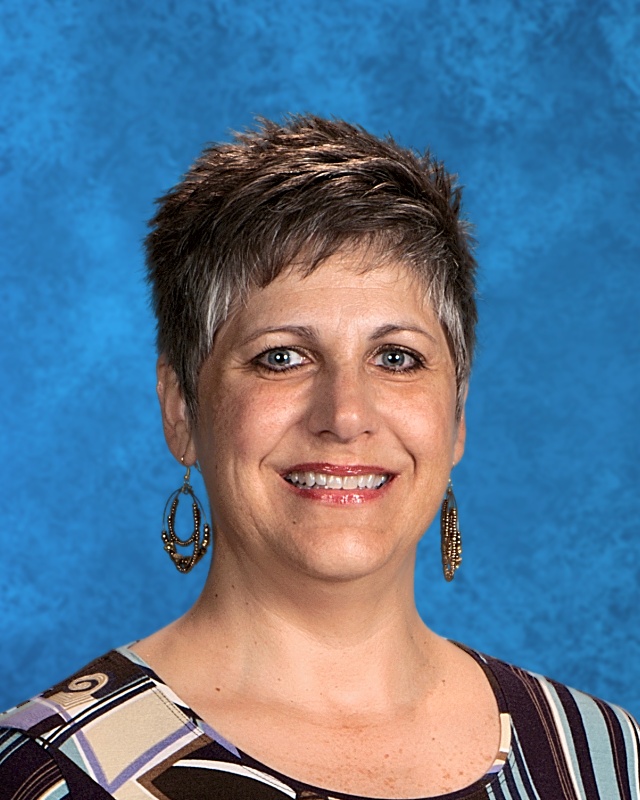 Peggy Jo Griffin has been a staff member of Grace Lutheran Church and School since 1998. She has held various positions: Church Secretary, 2nd Grade Teacher, Spanish Teacher and now is the Church Media Administrator. She earned her BA at Valparaiso University, and her MAT at Concordia University, Portland, OR. Peggy Jo's activities in the church include: Stephen Ministry, Grace Bells, Praise Team, Grace Chorale and Altar Guild. Being a native of Wheaton, IL, Peggy Jo is a fan of all Chicago sports teams. 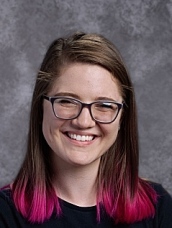 Casey is a graduate of Grace Lutheran School. She has been very active for several years helping with Children's Church, Sunday School, VBS, and working in the nursery. She now leads the Children's Ministry, under the direction of Leah Welter. 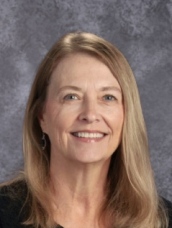 Carrie recently relocated from Moline, IL. She received her accounting degree from Western Illinois University and successfully completed the CPA exam. Carrie has over 20 years of experience in both corporate and nonprofit accounting. Prior to becoming an accountant, Carrie was a registered nurse. She is very excited to become part of the Grace Lutheran family! 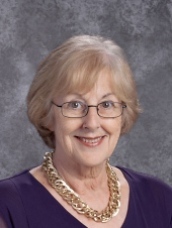 Linda is a 1969 graduate of Concordia Teachers College, River Forest, Il. 24 of her 30 years of teaching were here at Grace, beginning when the school opened in 1969. Since retiring in 2010 she has found a second career volunteering and serving as the church’s part-time Membership Secretary.

Director of Outreach and Assimilation

Jeff currently serves as Director of Outreach and Assimilation and Principal Emeritus. He recently finished as teacher and principal after 40 years in Lutheran Schools; the last 6 years at Grace. He is married, has 3 children, 3 grandchildren, and 1 dog all of whom are very important to him and keep him busy.

Alan is from Indiana and has a strong Lutheran family heritage. He, his wife Amy, and their two daughters moved to Winter Haven 3 years ago. Alan has a background in maintenance and repair technology and he has been Facility Manager at Grace for two years.